Today I’m introducing two best Battle royal games which are launched recently for Android, many people giving prominence to the games like pubg, PUBG made a history according to the Indian government PUBG banned in India, so people want some game like pubg. FAU-G also launched in the place of pubg game. Now I’m acquaintance the two battle games better than FAU G.

Try Indian Battle games at free of cost, now I’m going to explain the game lay and features, quality, performance, etc. Don’t leave the page, you must watch our tutorial video incase if you are unable to read the post.

Really this is a good innovative thing from Indian developers. first, look at games.

scarfall the royal compact game better than FAU-G. Are you a pre-register of FAUG then you must know the fact, which game better, or is there any better games. In my point of sense i have found some best games, The games in front of you, stop thinking, check now.

Game play of the game mostly look like pubg, you have to fight, shooting in battle fields, team, single mode match can paly.

Screenshots of the game

Game play and description of scarefall

To win the war you have only 3 chance, so play very carefully, you can build your own rules team.

Highly enhanced weapons available, you can get best rewards.

You can unlock new weapons. Play well and get best rewards.

98 MB is the MaskGun game size, indian company based game. June game developed by the MaskGun.

The launched, designed with 3 modes, team match, single, bomb, etc. You can play in 5 maps.

Complete the level and get the new level by unlocking. New features are introduced in this game after Updated.

You can customise your character easily, use masks, dress, etc. You can know more after enter in the game.

Compitition will be world wide, you can play with world wide gamers. Very easy controlling game, you can paly very easily, no need to use hack version. New Trending indian game like pubg.

All features are pretty awesome. Install the using the direct download link.

If you have any small doubts, leave a comment.

Game developed by the June gaming

You can paly in all old device too. No need perticular specifications. 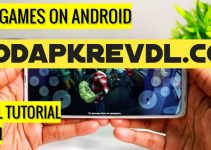